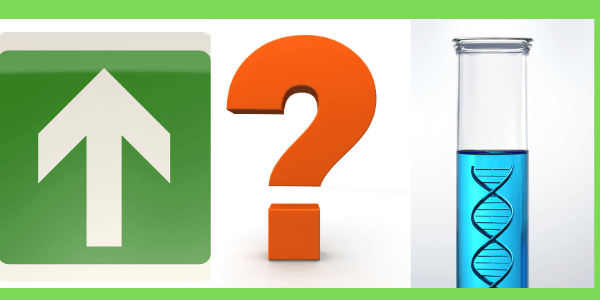 If you’ve DNA tested with another company, it would be great if you could upload your raw DNA data to Ancestry. This article reviews your options. We show you how to use your DNA results from another company to peek at some of your Ancestry matches – before you test with Ancestry!

Does Ancestry Accept Raw DNA Data From Other Companies?

Ancestry only processes its own DNA kits. It does not accept raw DNA from other companies. Ancestry took DNA transfers in the past, but there is no sign it plans to do so in future.

Where Can You Upload Your Non-Ancestry DNA Results?

Both Ancestry and 23andMe are the two large consumer DNA testing companies that do not accept DNA data that was processed by other companies.

If you’ve tested with one of the other big DNA sites, you do have other choices for upload.

In 2007, Ancestry launched three types of DNA tests. Their kits included Y-DNA and mitochondrial testing, as well as the more commonly known autosomal DNA tests. They would ditch the Y-DNA and mtDNA tests seven years later.

I’ve got a full article on Ancestry’s checkered testing history.

During part of this period, Ancestry also accepted raw DNA data from other companies. At that time, the main transfers were probably from Family Tree DNA.

It’s reasonable to wonder: since Ancestry took DNA before, might they open up their database again?

Will Ancestry Accept Raw DNA Data In The Future?

There was a good reason for Ancestry to accept DNA in the past. It’s the same reason why other companies start out doing so.

Early DNA customers will only get a small number of matches in new databases. Accepting uploads from other sources should provide a better customer experience.

But look at the lay of the DNA testing land now. Ancestry has the largest DNA database of all consumer DNA sites. It outranks the others by quite a margin.

Some of the other DNA companies do not make their numbers public. In contrast, Ancestry has been reporting its DNA kit sales on about a quarterly basis. It’s simply a competitive advantage for the genealogy giant.

Would there any competitive advantage for Ancestry to take transfers now? I can see an argument for it.

DNA sales have slowed across the board. But Ancestry’s other business is subscriptions to its genealogy services. Would an influx of transferred customers give new volumes of recurring revenue?

Their analysts may crunch the numbers every year and find that the disadvantages outweigh the benefits.

Are There Any Signs That Ancestry Might Accept DNA Transfers?

I’ve been watching Ancestry’s corporate direction for some time.

And I’ve seen no indication that the company will move to accepting DNA transfers from its competitors.

Is It Worth Paying For Ancestry As A Second Test?

Now that we’ve established that you can’t upload your DNA test to Ancestry, the question becomes this: should you put your hand in your pocket again and pay for an Ancestry test?

The answer depends on what you are seeking from your DNA tests. I’ll go through three main factors that may tip your decision:

And I’ll discuss another site, GEDmatch, that may show to you for free whether you need or don’t need Ancestry!

Ancestry As A Second DNA Test: Researching Your Family Tree

An Ancestry DNA kit will give you thousands of DNA relatives who have also tested with Ancestry. You are almost guaranteed to have more DNA matches with Ancestry than with any other company. This is due to the higher volume of customers with Ancestry.

So, how can you predict that you will get DNA matches with useful trees? Well, you can’t exactly. But there is a way to get a peek at some possibilities. I’ll go into that in the section on GEDmatch. Before that, I’ll address ethnicity.

Some people are very interested in ethnicity breakdowns. And others think they’re a bit of a gimmick. If you are part of the latter crowd, feel free to jump to the next section! Ancestry provides ethnicity estimates to its DNA customers. If you want to see some examples, I’ve got a detailed article on interpreting Ancestry’s ethnicity results.

The article also gives a rundown on how Ancestry goes about calculating its breakdown.

My ethnicity estimates are different across the five major DNA testing companies. I will only say here that Ancestry’s breakdown of my Irish heritage conforms with what I know of my family tree.

If you’re an enthusiast for ethnicity estimates and have money to spare – why not take an Ancestry test? But I wouldn’t advocate it as some kind of determinant of your heritage. These estimates are just that…estimates.

If you are an adopted adult or have unknown parentage, then the general advice is to fish in every pond available. And Ancestry is the biggest pond! My article on DNA tests for adopted adults gives a comparison of the benefits across each company.

The second half of the article goes through a “Test and Transfer” strategy. I advocate:

Many genealogists advocate this approach as the most cost-effective for your research. It’s the approach I took myself.

Using GEDmatch To Assess If Ancestry Could Help Your Research

GEDmatch is not a DNA testing company. But it accepts DNA results from the other testing companies. Crucially, you can usually tell where the DNA kit came from.

Take a look at a snippet of one of my DNA reports on GEDmatch. I’ve filtered the report to show some of my Ancestry DNA matches on the site. The highlighted “Source” column tells you Ancestry or 23andMe or MyHeritage etc.

So, let’s say you upload your DNA test to GEDmatch. You see many DNA relatives who happen to have tested with Ancestry. Well, so what? You’ve got them right here on GEDmatch. What use would Ancestry be to you now?

The possible benefit comes from your shared match reports on Ancestry who haven’t also transferred to GEDmatch. See the first match named Mark? As he’s provided his full name on both GEDmatch and Ancestry, I can easily find him back on the mother ship.

Of course, it isn’t always that easy to “match up” DNA tests across multiple DNA sites. Some testers will use different aliases.

But back to Mark. He hasn’t loaded a family tree on GEDmatch. But he has a tree with over two thousand persons on Ancestry! Ker-ching!

Mark and I also have sixteen shared DNA matches on Ancestry. Most have not transferred their DNA over to GEDmatch. So, finding Mark on Ancestry gives me a genetic network to research.

Of course, I’m giving you this analysis with the benefit of having my DNA on both sites. I couldn’t possibly predict that Mark would have a large family tree on Ancestry. But the shared matches? That’s a little more predictable when you examine the total centimorgans on GEDmatch.

But now I’ve got two sites to research the shared match trail. Two rabbit holes, but that’s all part of the fun.

Some of those shared matches on Ancestry may have a well-researched public family tree. That could be the key to researching new branches and family lines.

And if you don’t see useful Ancestry matches on GEDmatch, that doesn’t mean your unknown second cousin isn’t waiting on Ancestry. And just longing to share her inherited steamer trunk full of old family documents.

Take a look at the middle column where I’ve highlighted a row. “GED” means that this tester has uploaded a family tree to GEDmatch using the GEDcom format.

I think it’s safe to say that nobody uses the GEDmatch site as the primary place to build and maintain their family tree. The tree interface is cumbersome to say the least.

It’s possible that this tester has a copy of their tree on Ancestry. So what? Won’t it be the same as on GEDmatch? Possibly not. Documents and photos in an Ancestry tree do not get copied into the GEDcom format.

I don’t want you to go rushing off to buy an Ancestry test on this basis. See the email column left of the tree information? If you’ve looked at the GEDcom tree and have burning questions, try emailing the tester. In my experience, people who upload trees on GEDmatch are more likely to respond to enquiries. If you get a conversation going, you could ask if they maintain their “main” tree elsewhere.

Uploading Your DNA Test To GEDmatch

If you want to look into using GEDmatch, we’ve got a guide to uploading DNA to GEDmatch and getting started on the site. You can follow an illustrated tutorial, and there’s also a link to a video walkthrough.