This is Part 4 of a four part series. The full list of posts are:

In previous posts I described the calculations used by several sources to predict the number of cousins we have at different degrees of cousinship (first, second etc). The calculations assume that our ancestors are not related to each other i.e. no first-cousin marriages or other types of inbreeding. If we have a significant number of ancestor couples who were in fact related, this has a two-fold impact on our own genealogy research.

First, it reduces the total number of cousins that we have. If our grandparents weren’t related then we gain different cousins from both sides of the relationship.

Second, it increases the genetic similarity between ourselves and our cousins. That skews the predictions of cousinship from DNA testing companies. It means we would share similar amounts of DNA with our second cousins as other people share with their first cousins.

For Irish people trying to use DNA matching to build out their family tree and solve certain mysteries in their heritage, it’s important to know the likely incidence of genetic relationship amongst our recent and distant ancestors.

It’s worth defining a few academic terms used in research in this area.

“Endogamy” is the practice of marrying within a specific social group. It may be due to geographic isolation, or for religious reasons, or a sociological wish amongst a group to preserve traditions. The smaller the population of the group, the more likely that a proportion of couples will be related.

Consanguinity means being descended from the same ancestor as another person. So “consanguinious marriages” are marriages in which the couple are related.

Panmictic means random mating within a population i.e. free from influence of social, geographic or genetic preference. It is another stated assumption in the 23andMe research discussed in my previous post.

Back to the Research

Okay, with those terms out of the way, let’s look at academic research which will determine whether the Irish can use with confidence the calculations and predicted figures of numbers of cousins.

Marriage between close family members is strictly illegal in Ireland. Marriage between first cousins is legal, but to be married in a Catholic church the couple must obtain a dispensation from the clerical authorities. If you see mention of a dispensation in ancestral marriage records, be sure to take a closer look. 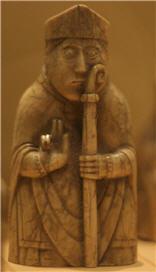 J.G. Masterson studied the rate of first-cousin dispensations amongst Catholics in Ireland from 1959-1968. He found a rate of 1 in 720 for the entire island, and 1 in 625 for the Republic. That is less than 0.2%. Masterson also quotes a study from 1883 that simply asked people if they were the children of first cousins. A little less than 0.6% said that they were. I imagine that the falling trend over a hundred years was partly due to decreasing isolation of local populations (i.e. easier to travel).

So we can say in general that first cousin marriages are historically low amongst our Irish ancestors within the last hundred years.

The major exception is amongst a particular section of our population, the Travelling Community. Irish Government figures from 2003 reported that over 20% of marriages within the Travelling Community were between first cousins. This does mean that Travellers will have particular challenges in researching genetic ancestry. There are other endogamous communites taking great interest in similar research who may have useful methods for people from a Travelling background.

In 2017 Irish Travellers only account for about 0.6% of the Irish population. Therefore most Irish people researching their family history can assume a low level of first-cousin ancestral couples for well over a century. More distant consanguinity, such as third cousins, is more likely to be present due to limitations of travel. This will lower the numbers generated by the calculated model, but not with such signficance as experienced by populations with higher rates of endogamy.

I conclude that most Irish people can take as ballpark figures the calculated numbers of cousins by degree, as long as a realistic birth rate is used.

3 thoughts on “How many Irish cousins: the impact of endogamy- Part 4 in Series”