This post is out of date, and does not reflect the current Ancestry website. There is a nicer quicker way of getting the count of Ancestry matches.

Those of you who have been using Ancestry for a while will remember that once upon a time the display showed the total number of matches, but that has been removed. There is a way of calculating the number using the website alone, which just requires a bit of methodical clicking to identify the last page of your results.

So how do you identify the last page?

You make use of the box at the top right of the page that allows you to jump to a specific page number.

If you enter a page number that is beyond the number of matches in your list, you will be shown this display:

So the trick is to find the page number directly before the lowest page which shows “nothing found”. It’s not as complicated as it reads.

The first thing to do is to enter a guesstimate number that is probably past your number of matches e.g. 300 (this would require 15,000 matches not to display the empty page).

What you do next depends on whether you get results or not on this candidate as the last page. I’ll describe both scenarios as a blow-by-blow.

If you actually get results, then keep entering an increased number in increments of 50 (an arbitrary choice) until you get the “no matches found” display.

Lets say you entered page 350 and get a full list of matches, but see “no matches found” on page 400. You know that somewhere between 350 and 400 is the last page of matches.

At this point you could work backwards from 350 in decrements of 1 until you find the highest page that shows matches. As that could potentially be a tedious 49 clicks, you can use a technique known as the binary chop: drop down by half your current gap i.e. to page 375 (half of 50). If no match is found, drop down by a further half (half of half of 50) i.e. 363, and then to 357, then 353, and finally 351. At some point in this sequence of maximum 5 clicks, you’ll hit a page that has either has a full list or a shortened list. If it’s the shortened list, you’ve found the last page (you can verify by hitting the next button to see “no matches found”). If you hit the full list, you just need to go up a page or two to find the shortened list.

Keep entering page numbers in decrements of 50 (an arbitrary choice) until you see a page with matches.

If it’s a shortened list, then quickly verify that it is indeed the last page by using the next button to go up by 1 page.

If it’s a full page then you could at this point work upwards in increments of 1 until you find the first page that shows no matches. That is potentially 49 clicks which is tedious. You can use a technique known as the binary chop to save time.

Let’s say you dropped from page 250 to 200 where you found a full list of 50 matches. Go up by half your current gap i.e. to page 225. If matches are shown, then go up again by a further half (half of half of 50) i.e. 237, and then to 243, then 246, and finally 249. Eventually you’ll hit a page that has no matches or a shortened list. If it’s the shortened list, then bingo, you’ve found the last page (you can verify by hitting the next button to see “no matches found”). If you hit a page with matches, you need to go up a page or two to find the shortened list.

Then make a note somewhere of what the actual last page is, so if you want to do another count in the future you can add an arbitrary gap and work back down with the binary chop. 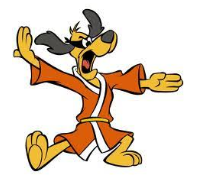