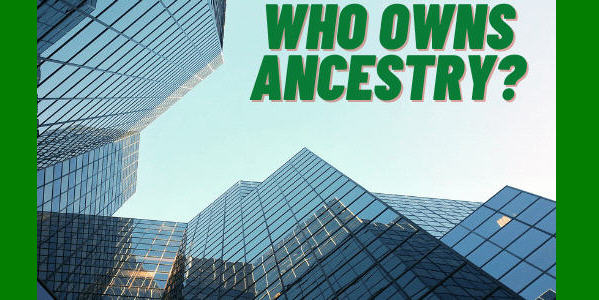 This question crops up a lot: is Ancestry owned by Mormons? The answer is no.

Ancestry, the online genealogy giant, has never been owned by the Church of Latter-day Saints (Mormons). It has changed ownership several times and was acquired in 2020 by Blackstone, a private equity firm.

Table of Contents hide
Who Owns Ancestry.Com?
Who Founded Ancestry?
First Ownership Change for Ancestry
“Ancestry, Inc” Moves Completely Into Genealogy
Ancestry: One Name to Rule Them All
Ancestry’s Associations with FamilySearch
Why Do People Think Ancestry Is Owned By Mormons?
LDS Members Can Get Special Benefits with Ancestry
My Focus on One of Two Business Partners

If Ancestry isn’t owned by the Mormon Church, then who owns it? Currently, the Blackstone Group owns Ancestry having purchased it for $4.7 billion in 2020.

As you might expect with a massive profit-based company, the ownership has split and changed hands over time. I’ll give a quick rundown…

In 2012, Ancestry went private with a $1.6 billion equity buyout led by Premira, a London-based private equity firm. That was the year Ancestry opened its European headquarters in Dublin, Ireland. I used to work around the corner from the glass-fronted building.

In 2016, significant equity was taken by two private equity funds, Silver Lake and GIC. The latter may have a more anonymous moniker, but it used to be called the Government of Singapore Investment Corporation. And yes, GIC is still owned by the Singapore government.

In 2020, the ownership structure changed once again. This time, Blackstone is the massive private equity firm. And unlike previous structures of joint equity, Blackstone has bought out Ancestry lock, stock, and barrel.

So, if Ancestry’s commercial growth has not been fuelled by the LDS, perhaps it was founded by Mormons?

You may see accounts that Ancestry was started by two graduates of the Mormon-owned Brigham Young University. That’s not strictly correct. It’s true that Paul B. Allen and his business partner would acquire the Ancestry.inc brand and assets at an early stage. But the story of Ancestry starts a little earlier.

By the way, don’t confuse this Paul Allen with Microsoft’s co-founder.

The Origins of Ancestry in Salt Lake City, Utah

In 1983, three men founded a company to produce genealogical books and magazines. John Sittner, W. Rex Sittner, and Robert Shaw named the company Ancestry, inc. The company was headquartered in the home of John Sittner in Salt Lake City.

As far as I can make out, John Sittner was not a member of the Church of Latter-day Saints.

In 1992, Sittner negotiated with his internet provider to make the data collected in their books available online. The data included American social security death records, marriage records, and a few other collections. These online databases were free.

In 1988, the President of Brigham Young University delivered a religious address which he titled “A School in Zion”. Elder Jeffrey Holland implored his students to “sort, sift, prioritize, integrate and give some sense of wholeness, some spirit of connectiveness to great eternal truths.”

Paul Allen, a BYU student and practicing Mormon, was inspired by this speech. He later referred to it as life-changing. When he finished his studies, the young man set out to digitize the written works of the Church of Latter-day Saints.

In 1990, Allen founded a company called Infobases with another BYU graduate called Dan Taggart. Their company digitized LDS publications onto floppy disks, so of course, their target audience was the Mormon community.

Aside from religious material, Allen’s Infobases was also digitizing census and family history records curated by the LDS Church. This reached a broader audience, and the company started to grow significantly.

Infobases was now selling genealogical data on CDs. By 1994 the company was listed in Inc Magazine as one of the 500 fastest-growing companies in the U.S.

In 1996, the company acquired much of the digital assets of Sitter’s company – including the company name of “Ancestry, inc” and the domain and brand name of Ancestry.com.

At this point, Infobases was both a publisher of Mormon works and an online genealogy service. That would soon change. But not before 1997, when they acquired a book publisher called Bookcraft – which was primarily Mormon-based material.

However, Allen was increasingly focused on growing their online family history databases and services. They now had “Ancestry, inc” as a company – but Ancestry.com was just one of their three online brands. They also launched MyFamily.com and FamilyHistory.com, which were subscription-based services.

If you’re curious enough to type those URLs into your browser, you’ll now be redirected straight to Ancestry.com. Ancestry has a history of “retiring” pieces of the company – to considerable consternation from existing customers. But that’s another story.

In 1999, they sold Bookcraft (the publisher of Mormon works) to the main competitor in the LDS book market: Deseret Book. I would mark this as the point when Ancestry switched its focus completely to online genealogy.

Ancestry: One Name to Rule Them All

In the late nineties, Allen’s company had a mix of brand names and websites.

They would finally double down on “Ancestry.com” as the chosen brand name. Most customers simply refer to them as “Ancestry”, but that isn’t actually the brand name. During the few years that the company was trading publically, its NASDAQ ticker was “ACOM”.

I reluctantly tacked on the “.com” when I published my book “Build Your Family Tree With Ancestry.Com”. It still looks slightly odd to me!

I think one of the reasons that people think Ancestry is owned by the LDS church is that they mix it up with FamilySearch. There are other reasons that I’ll get into later.

So, what is FamilySearch? Well, it is a family history service owned by the Church of Jesus Christ of Latter-day Saints.

Like Ancestry, it’s a global online genealogy service, with a base in Provo, Utah. Unlike Ancestry, it’s a nonprofit organization providing all services for free. The website FamilySearch.org was launched in 1999, so Ancestry.com beat them to the punch.

Ancestry and FamilySearch have a history of partnership and collaboration, with occasional discord and separation.

The LDS operates a global network of Family History Centres for genealogy research. Members could get free access to Ancestry.com services from those centers from the early years up to 2007. There was a fall-out in terms of licensing that was eventually sorted in 2010.

Since then, all LDS Family History Centres have free access to what Ancestry calls the Ancestry Library Edition.

I should mention that this free access is not exclusive to LDS. The Ancestry Library Edition is available to non-religious libraries and institutions around the world. I’ve used it in the municipal library of my country’s capital city (Dublin, Ireland).

In 2013, Ancestry and FamilySearch started a significant collaboration in access to archives across both sites. When you’re logged into Ancestry and searching for records, the results may include documents that are indexed by FamilySearch.

Some FamilySearch users were concerned at the time that they might have to start paying for the LDS service. But this has never been the case. All content sourced from FamilySearch remains free on their website. Ancestry users with a subscription get the advantage of access to additional records available in the FamilySearch databases.

Why Do People Think Ancestry Is Owned By Mormons?

Is it just because Ancestry and FamilySearch are two online genealogy giants headquartered in Utah? No, I think there’s more to it than that.

The original buyers of “Ancestry, inc” were both members of the Church of Latter-day Saints. And because they were based in Utah, many of Ancestry’s staff were going to be drawn from the Mormon community.

Brigham Young University looms large in this regard. Unlike Ancestry, it is owned by the Church of Jesus Christ of Latter-day Saints. I’ve already mentioned that Allen and his business partner were BYU alumni.

When Wired Magazine covered Ancestry in 1999, they interviewed an Acquisition Manager and a Senior Programmer. Both were also BYU graduates. Not surprisingly (due to the interests of the LDS Church), Brigham Young University offers disciplines in family history. I would imagine a sizeable number of local Ancestry staff are alumni.

That Wired article is also about FamilySearch. The URL is literally “www.wired.com/1999/07/mormons/”. That was way back in 1999. The two companies have been lumped together in many people’s thinking to this day.

But money is money, and Ancestry is a commercial entity.

The journalist Stuart Leavenworth did a fascinating interview with Paul Allen in 2013, long after he’d left the company. The former Ancestry CEO was looking somewhat despondently upon what his company has become. He’s asked about the misapprehension that Ancestry is a Mormon company. The journalist notes that Allen insisted the company never received investment or direction from the LDS church.

LDS Members Can Get Special Benefits with Ancestry

Having said all that, I must point out that members of the Church of Jesus Christ of Latter-day Saints are offered free membership to Ancestry. To avail of this, you should sign in to FamilySearch with your Church account. Just follow the instructions from Ancestry here.

My Focus on One of Two Business Partners

This article pays more attention to Paul Allen, than to his co-founder with the Infobases company. I’ve mentioned Dan Taggart and will leave it at that.