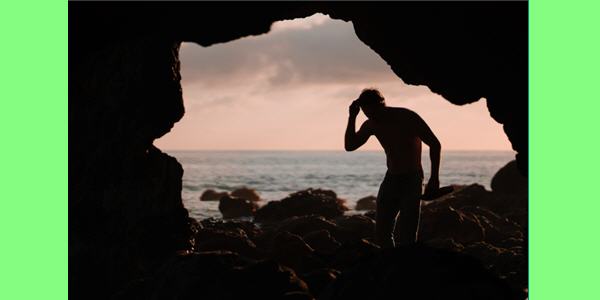 Ancestry is well known for its ethnicity estimates which show you a detailed percentage breakdown of your heritage by geographical communities. But this is based on DNA from living people combined with family trees going back four or five generations. That’s a long way off the era of the Neanderthals – over forty thousand years ago.

If you’ve tested with Ancestry DNA already, you may be disappointed to learn that their rival 23andMe is the only major DNA testing company currently showing Neanderthal information. And 23andMe does not accept uploads of DNA from any other site.

GEDmatch isn’t a DNA test provider, but it does accept uploads of DNA from Ancestry. You can do some exploration of Neanderthal DNA over on GEDmatch. But I have to say that GEDmatch has very little documentation or explanation on the fascinating displays and features of the site.

So, I’ve put together two articles to provide a how-to guide on comparing your Ancestry DNA to ancient specimens of DNA on the GEDmatch website. This article is the first part of two.

Before we jump into GEDmatch, I’ll show you how 23andMe display Neanderthal data. This may help you decide whether you want to shell out more spondoolicks to get your 23andMe Neanderthal estimates.

Then I’ll give you some background on how and why we humans can share DNA with Neanderthals.

How Does 23andMe Show Your Neanderthal DNA?

23andMe have been testing for Neanderthal DNA since 2011. This is their estimate for me:

I assume that’s a male face looking back at me. You’d think 23andMe might go the extra mile and serve up one of two genders. Anyhoo…

One the same page, they have another way of giving an estimate. They phrase it like this: “You have more Neanderthal DNA than 3% of other customers”. I’ve always found this phrasing a little confusing.

I have to convert it in my head to: “I have less Neanderthal DNA than 97% of other customers”. It’s an interesting statistic, and it does make sense to me. Half my heritage is East African, which tends to have the lowest amounts of Neanderthal DNA across the world. The populations of some African regions show zero percentage.

23andMe are known for their health and traits reports. So, don’t be surprised that they like to tell you which of your traits may be influenced by Neanderthal DNA.

I must admit that I find this page more amusing than instructive. Here is one of my predicted traits:

23andMe updated the Neanderthal estimates in 2020. Some customers lost traits that had been in their display for years. I noticed that some people on social media were upset about gaining some traits and losing others. The same thing happens with ethnicity updates. It’s important to take these estimates with a grain (or bucket) of salt.

23andMe goes as far as showing you a breakdown of Neanderthal variants across your chromosomes. Ancestry doesn’t give us a chromosome browser for any purposes! The 23andMe version is a nice display. Here’s a truncated pic of my first few chromosomes.

But I’m not sure what to do with this information! If you really get interested in this aspect of genetic genealogy, there are dedicated online resources on researching ancient DNA. National Geographic is a good place to start.

Speaking of National Geographic – they used offer DNA testing for Neanderthal DNA, but not anymore.

National Geographic launched a project in 2005 to evaluate patterns of migration. Their DNA kits were branded as “Geno 2.0”, and the testing was done by Helix.

The tests were discontinued in 2019, and are no longer available. You’ll still find mentions of them in older blog articles elsewhere. So I’ll give a brief rundown as to what information they provided. Just be aware that the service is no longer operating.

The Geno 2.0 test provided a report called “Hominim Ancestry”. This was an account of how much Neanderthal DNA you had. Like 23andMe, this was a percentage.

People also had the option to share their breakdown display via email or social media. So you may have seen some displays flying around.

But as I mentioned, this test is no longer an option. So, if you don’t want to shell out for a new test with 23andMe, do you have any options at all? Yes, but it’s not as “easy” as the 23andMe display.

Before we get to that, I want to address three questions to understand the background.

How Do We Know Anything About Neanderthal DNA?

Our knowledge is based on extracting DNA from ancient bones of Neanderthals discovered across Europe. Researchers have been trying to map Neanderthal DNA for years. The Neanderthal Genome Project was established in 2006 for this purpose.

It hasn’t been plain sailing for the scientists. They face the same challenge as forensic criminal investigations: cross-contamination from handling the samples.  At one point, researchers realized that 11% of a sample was modern human DNA from lifting and moving the specimens from their resting places. The research and analysis had to be reworked on clean samples.

The Genome Project sequenced (or mapped) the full genome of a Neanderthal in 2013. The sample was from a 50 thousand-year-old female found in Siberia.

How Much Neanderthal DNA Do Modern Humans Have?

Early analysis in 2009 suggested that there was no shared DNA between Neanderthals and us humans. Those views have changed markedly within the scientific community.

The peoples of some African regions have no Neanderthal DNA at all. But for the rest of the world, Neanderthal DNA is considered to range from about one to four percent.

The estimates are still changing as research progresses. The percentage remains small, but we’ve moved on from the belief that there was is no overlap between the species.

This recent article from National Geographic covers some of the latest discoveries – and the changes to the estimates of Neanderthal DNA.

One curve-ball in the research was the discovery of a separate type of archaic human: the Denisovans. The DNA research was conducted on bone fragments found in the Denisova Cave in Siberia.

How separate are the Denisovans from Neanderthal and Homo sapiens? Are they a distinct species? That’s still under debate.

Denisovan DNA is found in fewer groupings of modern humans. Polynesians, Fijians, and Indigenous Australians are some of the peoples who share Denisovan DNA.

Why Do Modern Humans Have Some Neanderthal DNA?

The current view is that shared Neanderthal DNA is due to interbreeding between the species. This may have occurred at several different times and regions. The earliest period would have been some time after modern humans migrated from Africa into Europe.

When I was growing up, our teachers told us grimly that humans had hunted the poor Neanderthals into extinction. My school days were during the Cold War, and I think we were supposed to draw some alarming analogies.

I had to chuckle recently at a quip that summed up recent thinking as: it was a case of making love, not war.

This entire topic is changing year by year with further research. One fascinating discovery is that modern African populations have more Neanderthal DNA than previously thought. It seems that some of our ancestors doubled back on their migration path into Europe and returned to Africa – carrying pieces of Neanderthal DNA.

Our genetic history is truly a complex interwoven tapestry.

How to Investigate Neanderthal DNA With Your Ancestry DNA Test

As Ancestry does not show Neanderthal percentages, you must explore other alternatives. One option is to purchase a second DNA test from 23andMe. Another option is to transfer your Ancestry DNA to a site that lets you compare your own kit to Neanderthal and other archaic DNA samples.

GEDmatch has a collection of archaic DNA kits that include a number of Neanderthal samples.

The GEDmatch site accepts uploads of raw DNA results from Ancestry (as well as the other major consumer DNA testing companies).

If you’re going to follow along, be sure to assess that you’re comfortable with the privacy and security policies of GEDmatch – or any site where you choose to upload your DNA.

Here is a link to our article with a step-by-step guide to downloading your DNA from Ancestry.

And here’s a video walkthrough of the same steps.

Here’s a step-by-step article on how to upload your raw DNA results to GEDMatch.

And here’s a video walkthrough of putting your DNA onto the GEDmatch site.

Once you’ve got your Ancestry DNA uploaded to GEDmatch, the next steps are independent of where you tested. So, I’m splitting this article into two.

The companion article is a step-by-step guide on using GEDmatch to investigate the DNA you may share with a collection of ancient DNA samples. Some of these samples are from Neanderthal specimens, and others are more recent – in terms of millenia. Enjoy!

If you know your way around the GEDmatch website, you may just want to jump in yourself. You’ll find the Neanderthal DNA samples (and all the others) using the “Archaic DNA Matches” link. It’s toward the end of the DNA Applications menu on the home page.

There’s not much information on GEDmatch on how best to use the Archaic display. I’ve put all the good details I’ve found in the companion article on researching your Neanderthal and Archaic DNA Matches on GEDmatch.