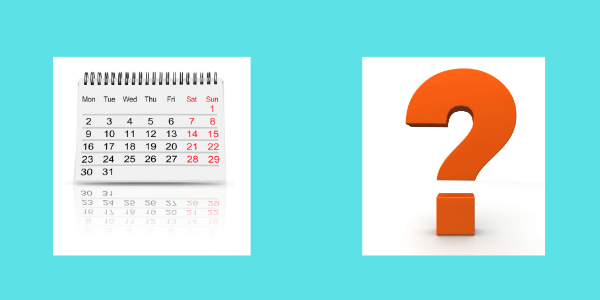 When will RootsMagic 8 be available? You may get irritated responses if you pose this question in several genealogy forums. I spotted one old hand complaining that the question had popped up three times in 45 minutes.

I purchased RootsMagic 7 in 2020. The company included a free license key for RootsMagic 8 with this appealing statement: “RootsMagic 8 will be released in the near future.” The problem is that they’ve been saying similar since November 2018.

How near is “the near future”? I put on my hard hat and ventured forth to find out.

What Is the Latest Version of RootsMagic?

RootsMagic 7 is the current version of family tree software from RootsMagic, Inc. The Utah-based company has been working since 2018 on a major upgrade to version 8.

RootsMagic 7 was released in 2014, but there have been minor upgrades since then. The most notable added feature for me was the ability to sync with Ancestry.com. The “TreeShare” feature was part of the 7.5 rollout.

When Will RootsMagic 8 Be Released?

Nobody outside RootsMagic, inc knows when RootsMagic 8 will be released. And it’s quite possible that nobody inside the company knows either.

I worked as a senior tech on a massive software project that over-ran the initial release date by two years. We finally got a stripped-down version 1 out the door, but it was a stressful experience for all involved. Stressful for those of us developing the system, and for customers waiting (somewhat impatiently) for what they’d been promised.

So I experienced some deja-vu when I went trawling for statements about when RootsMagic 8 will be released.

The latest position from the CEO, Bruce Buzbee, is that they will not be giving any release dates for RootsMagic 8. The company has overshot previous projections, so the current motto is: stop asking cos we’re not saying.

The first big announcements about the upcoming Version 8 were at RootsTech in 2018. I’m not sure if a release date was stated at the conference. But I do know that the company was saying in late 2018 that RootsMagic 8 would arrive the following year.

The company promoted a special offer for Thanksgiving 2018 that buyers of RootsMagic 7 would get a free upgrade to RootsMagic 8 “when it is released in 2019”.

The management must have been pretty confident to project completion within thirteen months, but that turned into an unlucky 13. We are so far past 2019 that there are a fair few customers expressing dissatisfaction.

Current Offer: Buy RootsMagic 7 And Lock In The Price of 8

So, what’s the current state of play? The official line is that a purchase of RootsMagic 7 comes with a free upgrade to RootsMagic 8…when it is released. No projected date is given.

However, the company has said the retail price of RootsMagic 8 will be higher than 7. So if you buy now, you are locking in a lower price of the newer and better version.

If the new release was just around the corner, then that’s an attractive proposition. However, I wouldn’t factor it in as part of your decision-making at this point.

RootsMagic 8 Is Real And In Beta

The company periodically shows screenshots and demos of the new screens, and they look pretty good.

But I’ve seen a few comments out there on the interweb about vaporware. And yes, it’s very easy to mock up a software demo – as long as nobody else but the development team is clicking the buttons! I may or may not be speaking from experience.

Thankfully, RootsMagic 8 went into beta testing in 2020. A team of volunteers has access to test the new software. So, this means progress is beyond in-house testing and is the stage prior to release.

Beta testers sign confidentiality agreements, and are not even allowed to say that they are part of the beta program! RootsMagic runs a tight ship, as rumors don’t seem to be trickling out.

I think it’s fair to assume that the testers have uncovered various snags along the way because the beta testing has been ongoing for some time.

Why Is RootsMagic 8 Delayed?

A RootsMagic insider on their forum provides an odd reason for the delay: the company was spending too much time telling us about the software. The argument was that every blog post or video about RootsMagic 8 took time away from development.

I mentioned my experience of a troubled software release. Aside from six international teams of developers, we had a few people whose sole job was to do that kind of PR stuff.

So, I thought at first that the insider was joking. But then I took a closer look at the company behind the software.

RootsMagic Is A Small Development Company

The LinkedIn profile of RootsMagic, Inc puts them in the category of 2-10 employees. I notice that there are six LinkedIn members whose current employment status mentions the company. And that includes the founder.

That helps me understand the delays a bit more. Although I’m not buying the story that making videos brings a year delay to a project. A good intern could surely do the job.

But I do understand that a small team is more impacted by changes outside their control. Which brings me to third-party integration.

The RootsMagic software has integration points with the Ancestry and FamilySearch genealogy websites. There have been at least two minor releases to version 7 to accommodate changes in the partner system.

The two giant companies should give plenty of advance notice of changes – but that doesn’t account for bugs and under-estimates on their side of the data exchange program.

Unexpected changes would divert RootsMagic developers back to the “old” version to keep it working. And then the new code base also requires modification. A large company would split the effort between different teams and still find that the new project is extended by months. So, if there’s only one team? Goodbye 2020, hello 2021.

RootsMagic and The Mac

It’s fair to say that the marriage of RootsMagic and the Mac hasn’t been perfect. A few RootsMagic 7 features aren’t available on the Mac, and various changes to the Mac operating system (OS) have caused issues.

The current RootsMagic version is built only for Windows and needs third-party software to let it run on a Mac. That led to a period of time in 2019 when Apple updated their OS, and RootsMagic Inc had to wait for the third party emulator to catch up.

Mac customers had two choices during those months: delay upgrading their OS, or not have access to a working copy of RootsMagic. Of course, they had a third choice: switch to genealogy software that would work on their favorite computer. That would be an unfortunate outcome for RootsMagic inc.

A key feature promised for RootsMagic 8 is that it runs natively on the Mac. This has the great advantage of removing the dependency on another company. But it certainly increases the complexity of the new software project.

I won’t be surprised to see RootsMagic 8 appear for Windows first, with the Mac version following later.

Conclusion – When Will RootsMagic 8 Be Released?

I asked the question, and I haven’t given an answer yet. Of course, I don’t know.

Other Articles and Tutorials?

RootsMagic Essentials is the free version of RootsMagic 7. I first tried it out because I wanted to see how good it was at backing up my Ancestry tree. I did extensive testing and was pleased with the results.

You can read the full article on backing up your Ancestry tree with RootsMagic Essentials. I was particularly impressed in how it downloaded all the images and media that are left behind when exporting a GEDCOM file.

6 thoughts on “When Will RootsMagic 8 Be Available?”